More and more industry insiders are saying that September is one of the best months to visit Costa Rica. Nationally, prices dip as low as they will throughout the year as North American tourists stay at home to go back to school and Costa Rican tourists are distracted by Independence Day activities. There are definitely some deals to be made this month!

Additionally, though it pertains to the rainy season, September weather can sometimes be surprising. The Caribbean side of the country even has record numbers of sunny days during September. Read on to learn more about planning a trip to Costa Rica in September. 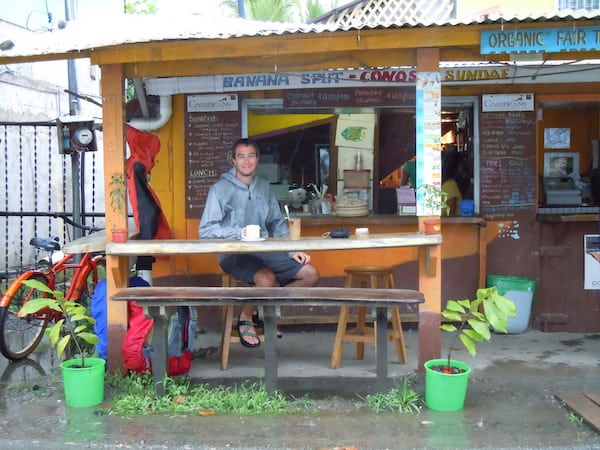 What the Weather is like in Costa Rica in September

In the central valley and on the Pacific Ocean side of the country, September in Costa Rica tends to be pretty wet. Precipitation levels in the rainy season increase in some cases up to 15 times their amounts during the dry season. Meanwhile, on the Caribbean side of the country, September is the beginning of a short summer season that usually lasts a couple of months. Days tend to be sunnier and dryer and it is an excellent time to explore the lowlands of Limon.

Holiday, Festivals & Places to Visit in Costa Rica in September

Now, every September 15th, stores, businesses, schools, banks, and offices close their doors so that the community can take a day to celebrate their national identity. Babies are dressed in miniature colonial attire or national colors of red, blue, and white. Meanwhile, everyone goes to the center of town to watch schoolchildren parade through town playing patriotic songs that they have been practicing for months on their drums and xylophones.

In contrast to the parties associated with the 4th of July in the US, the 15 de septiembre tends to be a bit more subdued. Most stores and businesses will be closed on September 15th and public transportation will be very limited, but large supermarkets are likely to stay open.

The whole month of September and specifically the week surrounding September 15th is focused on the Independence festivities. Stores deck out their goods in red, blue and white colors. Radio and television personalities bring in experts to discuss issues of patriotism and national identity. And each afternoon leading up to the parades in each town, it’s possible to hear the faint percussion sounds of schoolchildren practicing on their drums.

Another activity associated with Costa Rica’s Independence Day festivities is the Parade of the Lanterns (desfile de los faroles), celebrated on the evening of September 14th. On this evening, schoolchildren and their families carry sometimes very elaborate homemade lanterns down to the town center and parade around. The act is meant to reenact the Guatemalans’ celebration on the announcement of their independence when they celebrated by lighting up the town.

What to Pack for a September Trip

If visiting the Pacific coast of the country in September, it’s important to be prepared for rain and wetness. Shoes that can get wet are especially important given that they will get wet. It’s also a good idea for any travel gear, luggage or backpacks to be waterproof. If visiting the Caribbean side of the country, make sure to bring polarized sunglasses, a hat with a broad brim and high-quality sunscreen. For more information on what to pack for a visit to Costa Rica, visit our detailed Costa Rica Packing List article.

Top 5 Things to Do in Costa Rica in September

The Bottom Line on September in Costa Rica

Despite the general higher levels of precipitation, September can be a great month to visit Costa Rica given the fact that there are fewer tourists and lower prices. On the Caribbean side of the country, visitors will even be more likely to have sun and clear skies in September. And though it can occasionally result in slower transportation services, the Costa Rican Independence Day on September 15th is a really incredible national event, not to be missed!