Traveling is easier these days due to increased technology. This makes preparing for travel and exploring options for where to travel easier as well. If you have recently considered a Costa Rica vacation you have most likely seen over the past three years the travel advisories and warnings regarding the Zika Virus and its presence in Central & South America.

Zika is the newest tropical mosquito-borne virus in the Americas to take the internet by storm. The disease is spread by day-flying mosquitoes (including Ae. aegypti and Ae. albopictus) in Costa Rica, South America, Central America, and the United States.

The good news is that Zika is a mild disease that affects a very small percentage of travelers (most concerning for pregnant women), and it has been declining greatly in Costa Rica. If properly informed, it is easy to avoid getting Zika while visiting Costa Rica.

According to the travel advisory page of the CDC about Zika around the world, Costa Rica is among the countries that have had outbreaks of Zika since 2016. But as of the beginning of 2020, the country is categorized as having a history of Zika with no important outbreaks of the disease reported to the CDC (source).

It has been determined that the mosquito which transmits the Zika virus does not usually live at elevations above 6,500 ft or 2,000 meters. Costa Rica has various zones above this elevation that are attractive to visitors looking to experience a variety of the 12 different micro-climatic zones that exist in Costa Rica (source).

The CDC still displays on its website that Costa Rica is a “country or territory that has ever reported Zika cases (past or current)”, an alert that they have for every country in Latin America (except Chile), Central Africa and Southeast Asia.

No, traveling to Costa Rica is not a high risk for contracting Zika.

The Costa Rican government keeps very strict control of this kind of vector transmitted diseases, like Dengue and Chikungunya. Part of this control is a detailed record of the treated cases by region, which is managed by the Ministry of Health.

Even though Costa Rica also had a considerable spike in the number of cases in 2016, the number of people that have contracted the disease have decreased since then at a very rapid and steady pace.

How Many Cases of Zika Are There in Costa Rica Now?

The impact of Zika in Costa Rica has decreased considerably since 2016 when the first cases were reported in the country. That year Costa Rica reported close to 2,000 cases of Zika, but 2017 was the worst year with over 2,000 cases reported. Since then, Costa Rican authorities have done extraordinary work educating the population and taking public health concerns more seriously than ever.

In 2018, the cases of Zika in Costa Rica were more than 400, most of them in certain counties of the Limón province and the northern part of Costa Rica (source).

Those places in Costa Rica are not typically part of any of our travelers’ itineraries, so this greatly reduces our travelers’ chances of coming into contact with mosquitoes carrying the Zika virus. This bodes well for travelers to Costa Rica in 2020 and beyond, especially when booking a trip with Costa Rica Escapes.

Where is Zika in Costa Rica?

The cases of Zika reported in 2019 in Costa Rica occurred in the northern Caribbean plains of Costa Rica. This is a very rainy part of the country with high levels of humidity that favors the development and proliferation of breeding grounds for the mosquito.

Being knowledgeable about this disease and the areas where you are visiting will help you take the proper precautionary measures to prepare yourself and greatly reduce your chances of acquiring the virus. This information is readily available, and with help from your health and travel experts, preparing yourselves for your Costa Rica vacation is simple and will give you peace of mind as you travel through the rainforests, jungle, and beaches of this Central American country.

The best times of the year to visit Costa Rica in order to minimize your exposure to mosquitoes that transmit Zika and other viruses are as follows:

Depending on where you’re traveling from, the risk of contracting the Zika virus may be lower in Costa Rica than it is where you live; therefore, you might already be taking preventative measures to avoid the disease. If not here are some easy rules to follow to minimize your risk.

Remember, the experts know best. You and your family are unique. Not only do we recommend following the same preventative measures as the CDC, WHO and other health organizations, but it is always a good idea to discuss these issues with your family’s physician.

The Aedes aegypti mosquito is the main vector that transmits the viruses that cause Zika, Dengue, Yellow Fever and Chikungunya. Female mosquitoes are the ones that feed on human blood. Once a mosquito has eaten from an infected person, it will incubate the virus in its salivary glands for 8-12 days, after which it can infect the next person they bite. These mosquitoes bite mostly during the day and can live inside or outdoors. Indoors conditions favor the longevity of the mosquito.

According to the World Health Organization, “studies suggest that most female Ae. aegypti may spend their lifetime in or around the houses where they emerge as adults and they usually fly an average of 400 meters. This means that people, rather than mosquitoes, rapidly move the virus within and between communities and places.”

What Percentage of Mosquitos Have Zika in Costa Rica?

Costa Rica is a tropical country and one of the most biodiverse places on earth, therefore, there are a lot of insects everywhere, including mosquitoes.

It is impossible to know how many kinds and how many individuals of mosquitoes there are in this small – but heavily populated by wildlife – country at any given time. What’s important to know is that the Aedes aegypti mosquito will only spread the disease as long as there are infected people where they live.

The mosquito does not suffer, develops or creates the virus that causes Zika (or the viruses of Dengue, Chikungunya or Yellow Fever). The mosquito can only help spread the disease if she bites an infected person, survives the incubation period and then bites a healthy person.

Therefore, more than worrying about how many mosquitoes have the disease, what’s more important is how many people have the virus. In Costa Rica, the number of people infected has only decreased since 2016 when the whole world suffered from the outbreak of the disease.

What to Know (Facts) About Zika

We’ve known about Zika for 70 years. Your guess is as good as ours as to why it’s getting so much attention now (source). Some suspect that it’s getting extra attention due to increased use of pesticides, and there was a study done in Argentina suggesting this theory (source).

USA Today published an article stating that scientists debunked the theory (source) in 2016. But, who is right? What doesn’t add up is that it’s all of the sudden getting attention in recent years, and why all this pesticide spraying is happening in Florida and other areas of the south. If you dig deeper, you’ll find that the former Florida governor’s wife had a multi-million dollar stake in a mosquito control company and was not commenting on this discovery (source). Is this a conspiracy? That’s for you to decide. We have our doubts.

Zika is a very mild virus (source). The effects of Zika are so mild in fact that 80% of people who contract Zika never even know that they have the virus.

The symptoms of Zika are so mild that they only include a slight fever, headache and joint pain (source). They are similar in nature to those of dengue fever. These symptoms normally last for two days to six days and are often so mild that they are unrecognized by the carrier of the disease.

The most common way in which Zika is spread is through mosquitoes (source). Often times people who don’t know that they are infected can transmit the virus to mosquitoes who then pass it to other people without the carrier experiencing any symptoms or side effects as described above.

Zika can be spread through sexual contact with an infected partner (source). So can lots of other things, in any part of the world, if you’re not careful! This makes Zika unique to other mosquito-borne and mosquito-passed illnesses. However, taking proper precautions and preventative measures as outlined below as well as on the CDC website can drastically reduce your chances of acquiring this relatively mild and hard to diagnose disease. Here are some tips:

Who should take precautions? While Zika has relatively mild symptoms, the biggest danger according to the CDC (U.S. Center for Disease Control) is to women who are pregnant or planning to become pregnant. The risk of acquiring Zika is extremely low for healthy infants, children, adults, and seniors. However, the Zika virus poses a serious health problem for fetuses, especially in the first trimester. For this reason alone before traveling to affected areas, it is best to consult your family’s physician and other doctors if you are pregnant or planning to become pregnant. 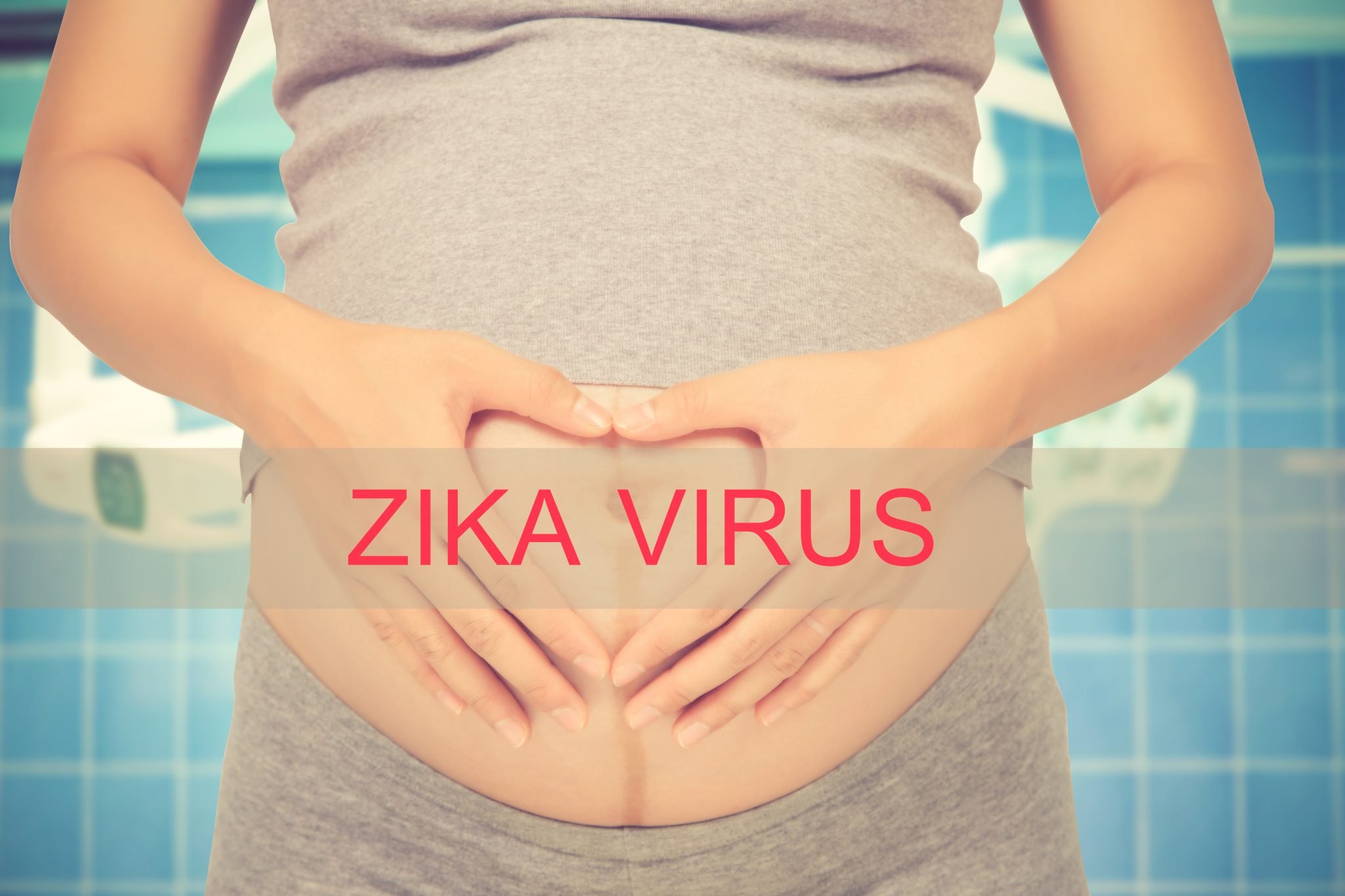 Zika is a vector transmitted disease like dengue and chikungunya. These three diseases are transmitted by the same mosquito and share similar symptoms. The main difference is people infected with either Dengue and Chikungunya will have a high fever and muscular and joint pain. Some symptoms that can indicate the person has Zika are skin rashes or outbreaks and conjunctivitis.

In the end, many health and travel experts say not all travelers should alter their plans.

“People need to put it in perspective,” says Robert Glatter, an emergency physician at Lenox Hill Hospital in New York City. “There are many other diseases that are much more virulent including influenza, measles, and chickenpox.” The U.S Centers for Disease Control and Prevention says that travelers may also be at risk of being infected with dengue, malaria and chikungunya, other mosquito-borne viruses. These risks have always existed, even to your friends and family who have come back from Costa Rica from past vacations.

Why take the Risk to Travel?

A family vacation, honeymoon or an adventure trip to Costa Rica is supposed to be fun and worry-free. These types of vacations are recommended for our health, longevity, and well-being. We are encouraged to get out and explore the world and experience different places and cultures in life.

Travel is considered by many as the best way to temporarily let go of everyday responsibilities, and enjoy the moment; it is an ultimate reward to a job well done. Travel is becoming so important in our lives that oftentimes employees prefer travel benefits or perks in their job to a higher pay or salary.

We at Costa Rica Escapes hope that the information provided in this post gives you the peace of mind to not only to maintain but also to invest more in your vacation time in Costa Rica. Treat yourself to a great experience in one of the most beautiful and diverse destinations in the world and let us help you plan it.

Still Have Questions About Zika for Your Trip? Contact Us!